Chapter 3: Everyone is an Entrepreneur

Right now, we are about to lay a second layer of foundation. I see this next layer more as a decorative step (as opposed to a building block).

Please note that this chapter is not a popular one. I have taken a few creative liberties here to form my own opinion and have formed an uncommon philosophy.

What is important, before we tackle this hurdle, is that you understand that the more important foundation of thinking is that “there is only feedback“. That concept is more important than this one.

I see everyone as an entrepreneur.

Each and every person that surrounds me is an entrepreneur.

To help make practical adjustments to my statement, we need to rule out the following:

That is my exclusion clause. Therefore, it opens the floor to the following (without prejudiced):

Race is not a factor for success. Nor is education, age or sexuality. Anyone and everyone can experience success. Everyone and anyone (excluding the above mentioned in the exclusion clause) is an entrepreneur. 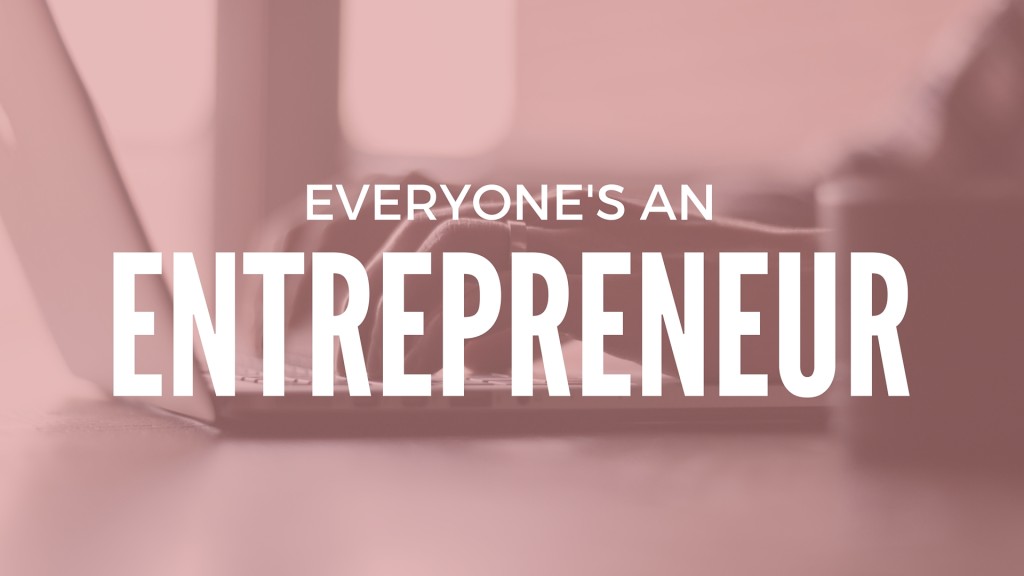 There are two schools of thought. Those for this idea and those against this idea.

To empower you, so that you can make up your own mind and form your own opinion, I need to show you both sides of the story (to give you more perspective).

This perspective is interesting to acknowledge. I give it extra credit because of the way that Richard Branson defines an “entrepreneur”: 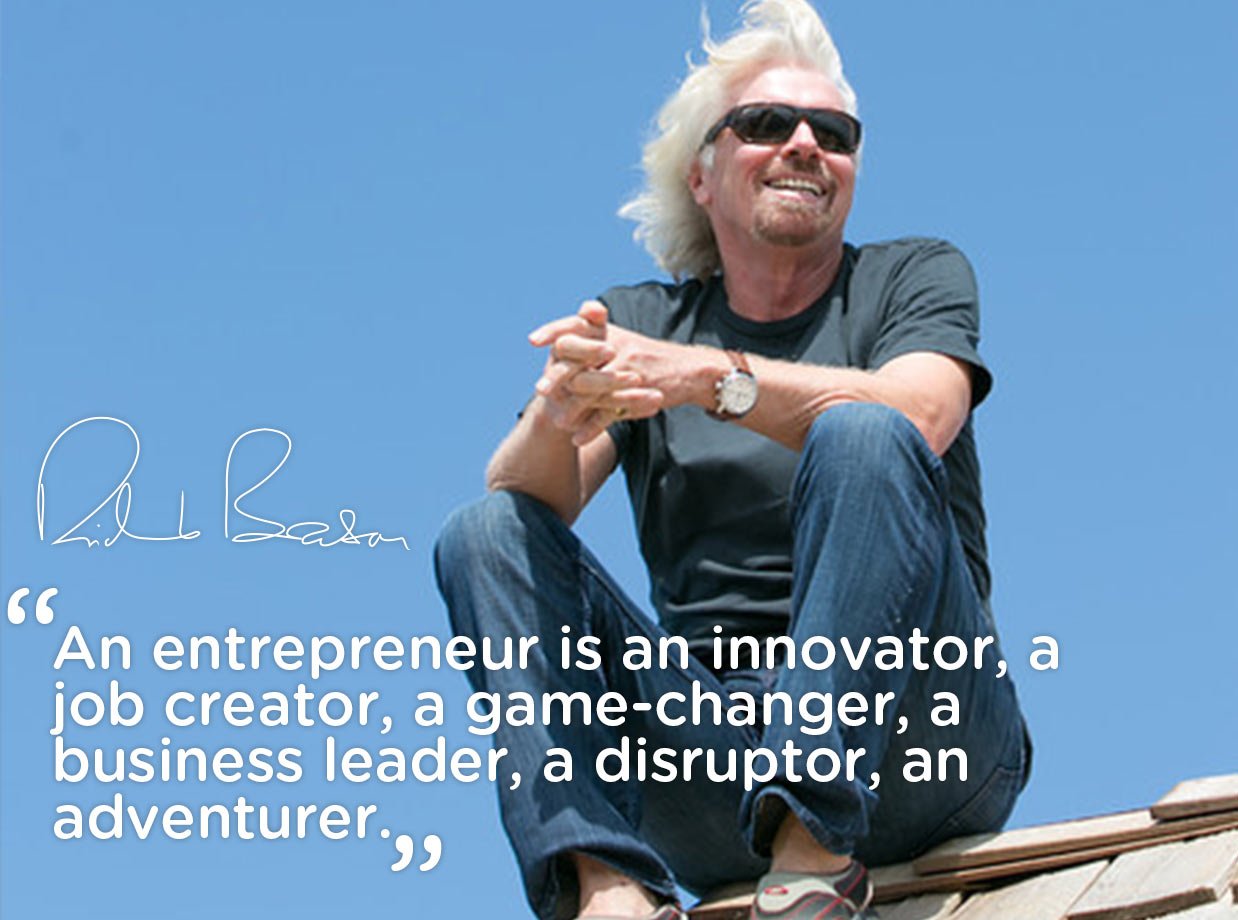 If we apply his definition to this argument, those against my philosophy will win the fight.

I respect his perspective greatly and his approach to life is one that I admire and inspire towards. Therefore, I take his viewpoint seriously. More seriously considered than most other entrepreneurs that are.

Where I differ from Richard Branson’s approach is my definition of being an “entrepreneur”.

I define being an entrepreneur as “one who sets up a business and sells a good(s) or provides a service for sale or hire”.

This a broader definition has a less specific approach (and viewpoint). It is, therefore, more open to a greater pool of people.

With my definition, those engaged in salary employment (or those who receive weekly wages), even though they are theoretically employed, are included in my definition of being an entrepreneur.

I see “workers” as “outsourced entrepreneurs”.

Those who are “theoretically employed” usually have followed the standard steps.

From my perspective, I see each person that is engaged in “salary work” as a person who has engaged in a negotiation. A negotiation to hiring out their skill set and services. They negotiated what their acceptable wage was. They have set up their own business (in my opinion) to hire out themselves.

Some people hire out their services at really high rates. Others accept low rates.

Either way, whether a person theoretically works for themselves (and chases a profit) or works for an employer (and chases a salary), they are an entrepreneur (that provides a service for hire).

Like it or not, I believe everyone is an entrepreneur.

Later on, approximately chapter 18, I discuss the types of entrepreneurs and business models available. That’s where things become interesting.

For now, in this “build” we can hopefully conclude that everyone is their own entrepreneur. Those employed run a business that ultimately sells themselves (and supplies their time and energy in exchange for a negotiated rate).

The cost versus reward is something that I hope you begin thinking about (assuming you agreed with my definition).

If you still disagree (which you are permitted too of course), you can finish with a thought that “being an entrepreneur is one way to become successful”. Hopefully, we can agree on this (at least).

It is important that we continue building in agreement. When you begin disagreeing with these philosophies, it becomes harder to build a stable structure.

Saying that it is still important that you take your time and think about these statements raised. Question what I am saying and I encourage you to challenge these concepts. Be encouraged to test my principles and assess for yourself, do my philosophies work?

If they work, you can truly change your perspective and connect the dots to a new successful life.

Before I get in trouble, let me define my observed variations of entrepreneurship.

A specialist is like a doctor or a plumber. They have their own practice and are often their own brand. They employ support staff but their profits lie in selling their skillset.

A self-employed person has created a job for themselves. If they are not in the business, it ceases to operate.

Whereas an entrepreneur is a person that has their own business with staff to cover operations when they are not present. The business continues to generate income without them present.

The serial entrepreneur has multiple businesses operating without them present.

When I say everyone is their own boss, I mean that everyone has the ability to be self-employed.

I often meet salary employed persons that have a dream of being their own boss but rarely able to take the plunge away from the job security.

Often self-employed persons are forced in needing to defend for themselves. Very rarely does one naturally step into self-employment.

There is never a right time to step out. There is also not a wrong time. Learning about market response starts when you make the commitment and stick with your own venture.

You have Successfully Subscribed!